Listed are just a few of the Honors Ernie has received throughout his amazing career?

Below is a slideshow of some pictures taken at the show! 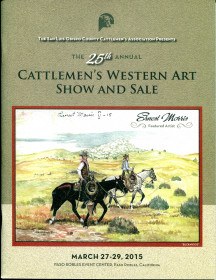 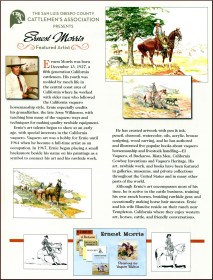 From Friday, November 10 through Sunday, November 12, 2006 the Santa Ynez Valley Historical Society and Carriage Museum presents “Viva Vaquero 2006,” its annual show and sale that benefits the Society and its programs. This event is considered one of the best of its kind, and attracts aficionados from all over who come to celebrate the traditions of California’s earliest cowboy, the vaquero. 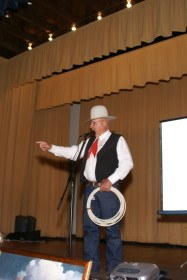 Ernie Morris doing what he loves to do! Tell the Vaquero Story! 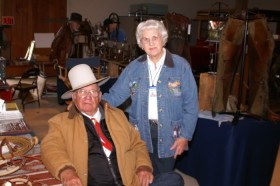 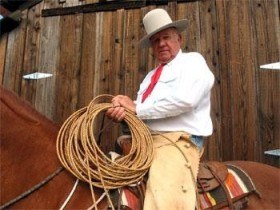 Seen here holding one of his handmade rawhide lariats, Ernie Morris is always ready with a one-liner. Both artist and cowboy, Morris is the official “Honored Vaquero Craftsman 2006” at this year’s annual Viva Vaquero Show. (photo courtesy of Diane Russell-Pavey) 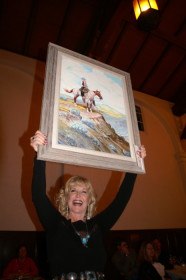 The Centerpiece of the live auction was a painting created by Ernie Morris especially for this event. 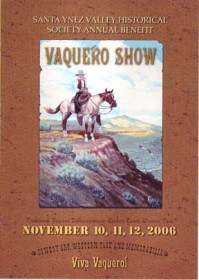 His auction picture also graced the cover of the shows poster! 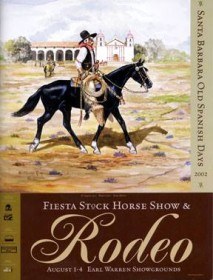