I Made a Lot of Tracks 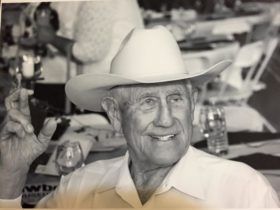 I Made a Lot of Tracks is the fascinating autobiography of California cattleman Phil Stadtler. Phil was principled in independence, honesty and hard work, attributes that made our country great. Beginning in the days of the Cowboys Turtle Association, Phil was a mainstay in the sport of rodeo, making a name for himself as a steer wrestler and team roper. In the late 1930s, Phil began venturing into Mexico, hunting for horned cattle he could bring north to sell to stock contractors as bulldogging and roping stock. The venture began with a $280 loan, and mushroomed into a multimillion-dollar concern. At the height of his cattle-trading days, Phil would fly his own plane to Mexico to buy cattle on a handshake. In the 1940s, he became one of the most active cattle traders in the world, brokering a quarter-million head a year out of Mexico. His career as the preeminent cattle trader of his time spanned nearly seventy years and three continents. He met with presidents and kings, and cattle ranchers of all description to keep business flourishing even in the hard times. In 2004, in recognition of Phil’s decades of involvement in rodeo and ranching, the National Cowboy and Western Heritage Museum presented him with the Chester A. Reynolds Award, which is given to living individuals “perpetuating the ideals, history and heritage of the American West.” Other recipients have included Wyoming saddlemaker Don King and natural-horsemanship pioneer Tom Dorrance. 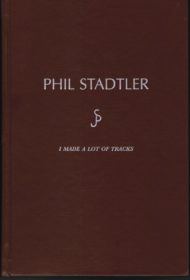